In a pursuit to enable communication for the specially abled individuals, students from VJTI (Veermata Jijabai Technological Institute)Matunga in their ongoing  annual festival Technovanza exhibited Physically Challenged communication, a user friendly device facilitating communication between a deaf-mute and a visually impaired individual.

Having tested the device with 20 individuals at Hellen Keller Institute for Deaf and Blind at Byculla, it functions on the basis of Bluetooth connection between a phone and an AVR board. Swadhin Thakkar, a second year involved in the project said, “We have developed an app for connection purpose, with the help of sound command a visually impaired individual can navigate to the app on a phone. Once connected, the visually impaired individual can record his message on the phone and the same message will seen on the board display.”  Thakkar further added that the message can be answered by the deaf-mute individual in terms of gestures which will be recognized by the board, in return the visually impaired individual will receive the reply in form of an audio. Undertaken by a team of four second year students at VJTI, the project has a found a spot in IIT Bombay’s top 10 in the technical fest.  With the motto of bringing Technology to the society, the students have come up with the concept of a robotic butler. “Today in an urbanized era wherein we want everything handy, the idea of a robotic butler seemed just right.” Said Shubhankar Potdar, a second year student and veteran of the robotic butler at VJTI .
Among the other highlights of Technovanza scheduled from 28th December to 30th December,2013  includes a Rubik's cube image of APJ Abdul Kalam, a dye-sensitized cell, an unmanned railway cross, Robo wars and  an eye controlled wheel chair. 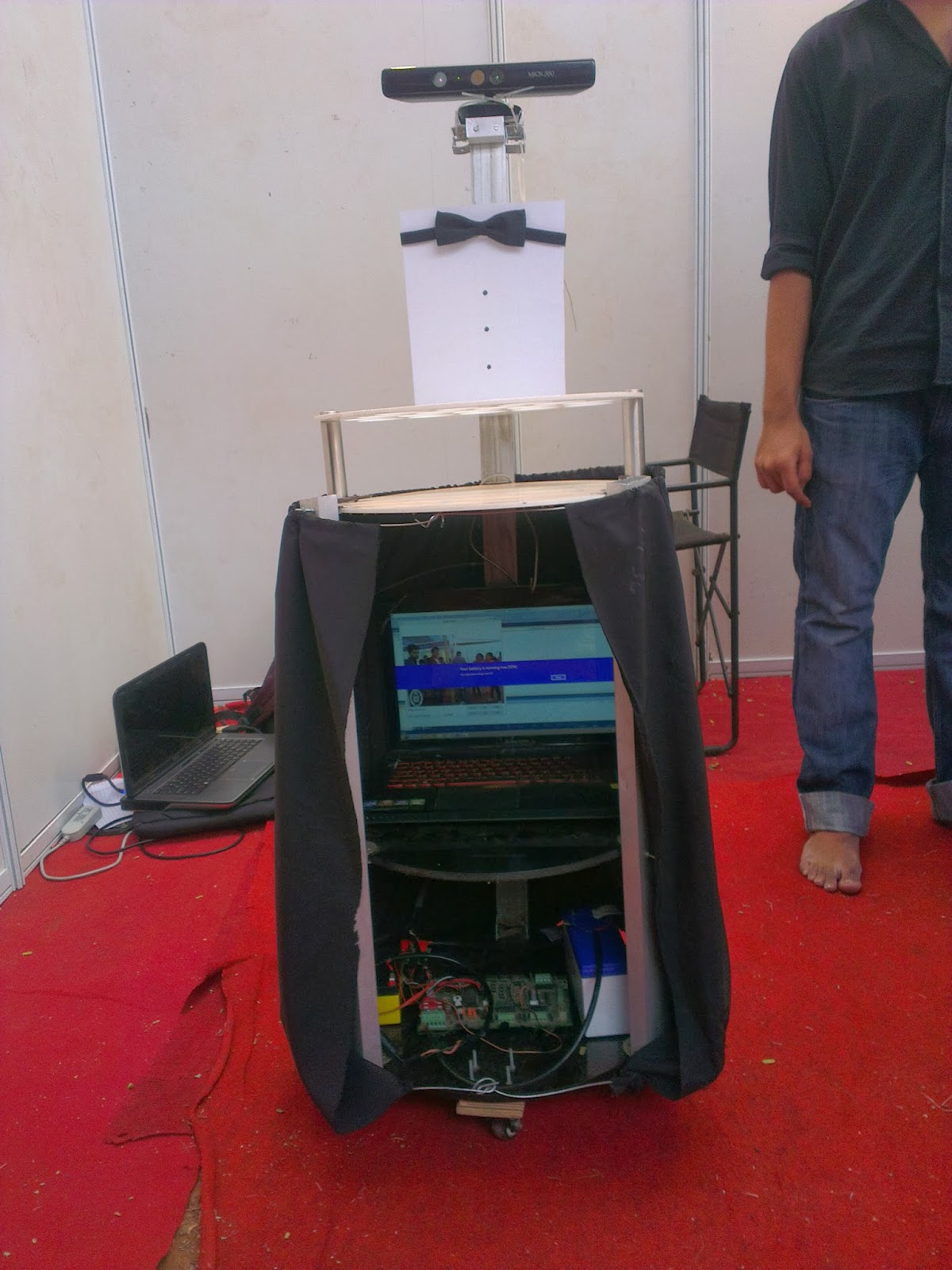 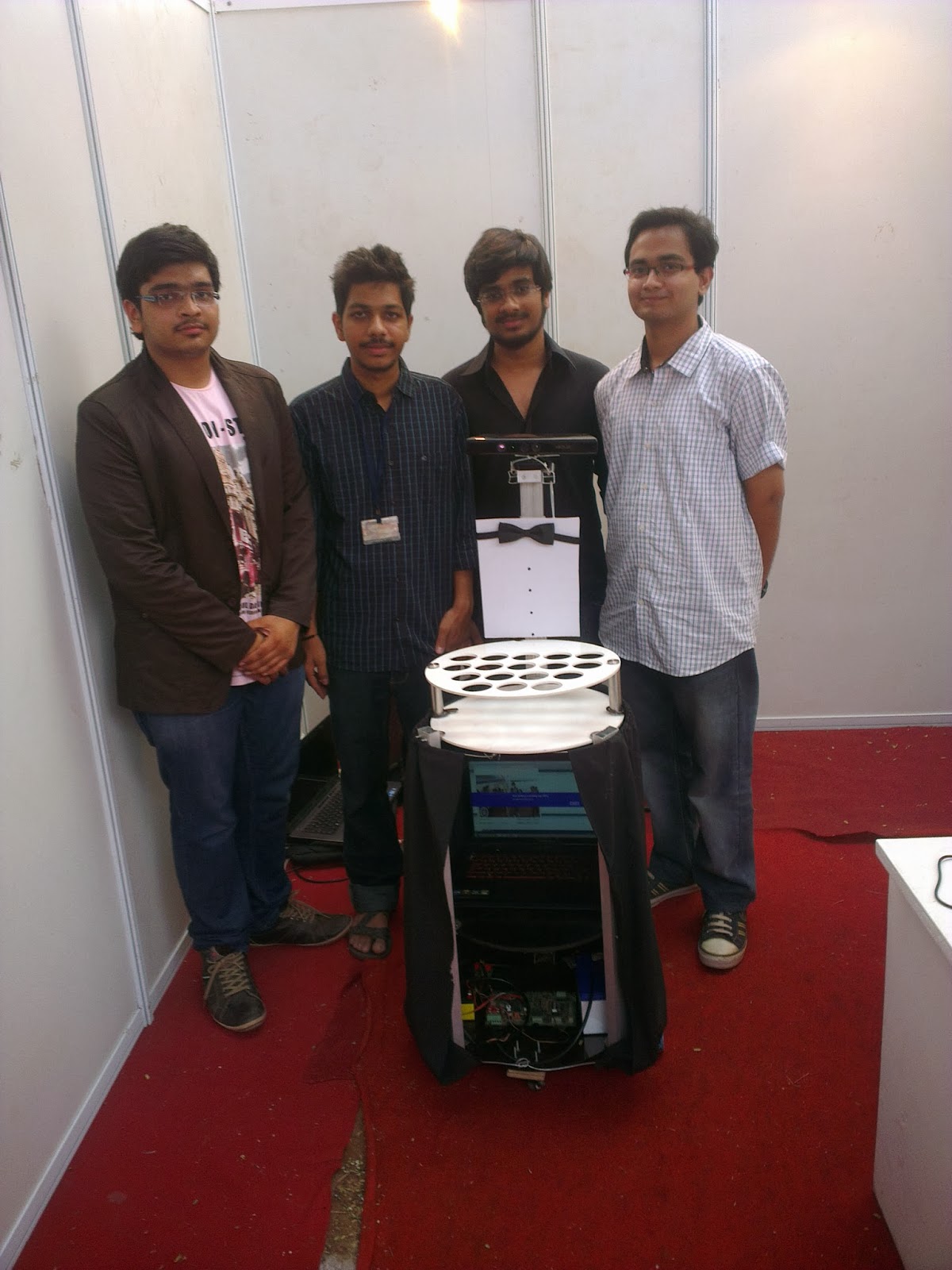 
It was Wednesday afternoon; I had been to Bandra for shopping with my friends. After shopping, we decided to go to “5 Spice”, a restaurant in Bandra.  The ambiance of the place was quite soothing and nice but a little noisy atmosphere sometimes. The seats were quite uncomfortable; they should come up with nice seating arrangements. 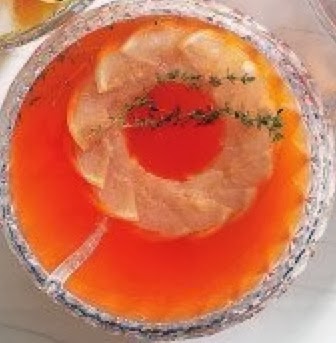 So finally after a lot of discussion, we ordered ‘Flat Malaysian noodles’ and ‘Dragon chilly paneer’ for the main course and for the drink we ordered “Sunset Margarita.” Don’t go by the name sunset, it is nowhere related to sunset (Hahahaha). First we thought that it would be a normal moctail, but the moment it arrived it was way different than what we expected it to be. You usually get a straw to drink moctails, but this was different we got a spoon instead of a straw. It was made up of crushed ice with a unique combination of mango, peach and a dash of lime. It was served in a salt rimmed glass with a cherry o the top. It was a desert come drink. It was something that I had never seen or tasted before. The taste was too good, I loved it. The food was very spicy so the combination of the food and Sunset Margarita was quite well. “Sunset Margarita” is one of the finest drinks I have ever had. Other drinks included lemon mojito, juicy bird, watermelon booster and many more. Next time you visit 5 Spice “Sunset Margarita” is worth trying, it’s amazing (“Heaven on Earth”). The prices of all moctails are Rs250 and main course Rs300-400 per dish (veg). 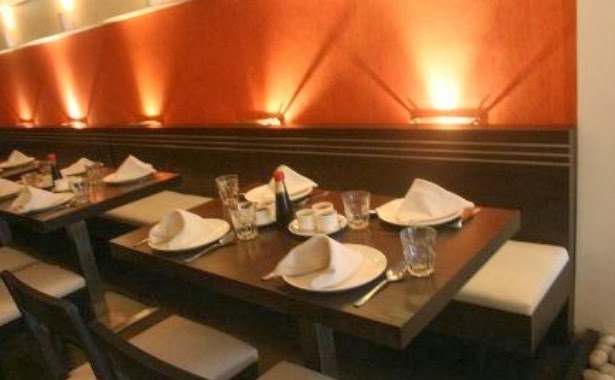 I have been to 5 Spice (Bandra) many times. The only problem I think they lack is the ‘hygiene.’ The plates were not washed properly, but the food is worth having. However over the years the quality of food has been on a downhill. The only thing that remained consistent is the quantity. A portion of rice/noodles is easily sufficient for 3 people. Most of the gravies tend to be similar in taste and very oily. 5 Spice is slowly losing its charm and is turning out to be more like a Chinese food stall whose focus is more on quantity and not the quality of food. Day by day the quality is getting decreased but the quantity remains the same. The highlight of 5 Spice is the large proportion of every dish. The menu is extensive and a good place for not so expensive Chinese food. Good place to catch up with your friends. I would definitely come back and try other dishes from the huge list of items they have and will highly recommend it to all.


One tip: If you are hungry and less in pocket, go 5 Spice.